Courtney Rene is an author, focusing on paranormal as a primary genre. Courtney has written for magazines, trades, anthologies and novels. Courtney released her 5th novel, Shadow Fire, in late 2014. Her 6th book, the much-anticipated second book in to A Howl in the Night, is due later this year.

Courtney has been writing for many years, but first became published in 2010 with the very first book in the Shadow Dancer series, Shadow Dancer. Courtney writes for her two teenage daughters and takes residence in Ohio with them and her husband. 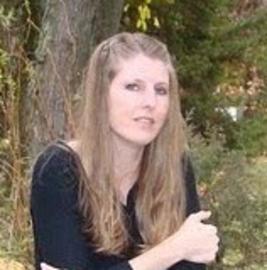 WANT To Find  Out Where Courtney will Be Next? Follow her Blog!

Courtney routinely attends book fairs, author events, and signings. Follow her blog or on Facebook by clicking one of the links below to stay updated on these appearances and all of her latest work.